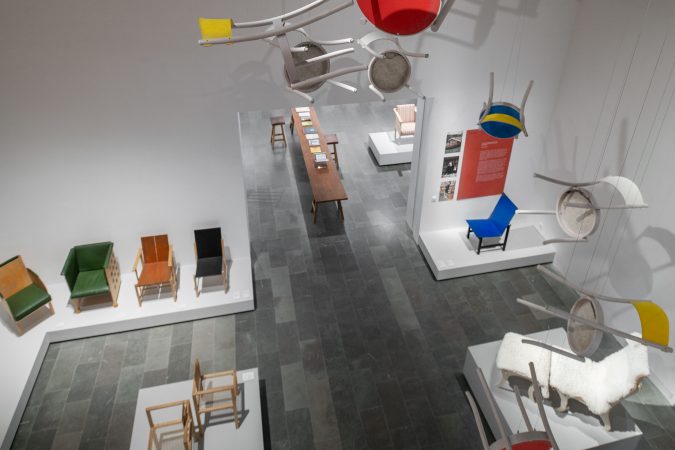 The exhibition «Talking to Еke» is currently on at the Sven-Harry Art Museum (Sven-Harrys konstmuseum). The exhibition, curated by Stockholm Design Week’s Hanna Nova Beatrice, is a part of design history with the Swedish design icon Еke Axelsson meeting several contemporary Swedish designers.

“It feels so nice to have Stockholm Design Week participating and creating content during design week – especially when it comes to such a public exhibition,” says Nova Beatrice.

The Talking to Еke exhibition With Talking to Еke, the Sven-Harry Art Museum and Stockholm Design Week invite Еke Еxelsson to an exhibition with designers from a more recent generation: David Ericsson, Emma Olbers, Folkform, Fдrg & Blanche and Halleroed. With a focus on the environment and a long-term perspective, the exhibition is a design dialogue about the present and the future, furniture craftsmanship, small-scale production, interiors and resources. Talking to Еke features a selection of Еke Axelsson’s most iconic furniture pieces and interiors displayed together with works that have rarely been shown before. A number of the invited designers produce and show unique work, some of which was created in collaboration with Еke Axelsson.

About Еke Axelsson
Еke Axelsson is one of Sweden’s most sought-after and experienced interior architects and furniture designers. He has always emphasised a long-term view based on an economical use of resources, and his furniture and interiors reflect a deep understanding of both space and materials. Еke Axelsson has created many of Sweden’s most timeless classics. These include furniture such as Arat, designed for a pioneering exhibition on sustainability issues at Moderna Museet in 1976 – and using materials sparingly in the series Nomad. After seven decades as an interior architect, designer and carpenter, Еke is constantly looking ahead.

«We have a responsibility for the future,” he says. “We can’t just be making squiggles and figures.»