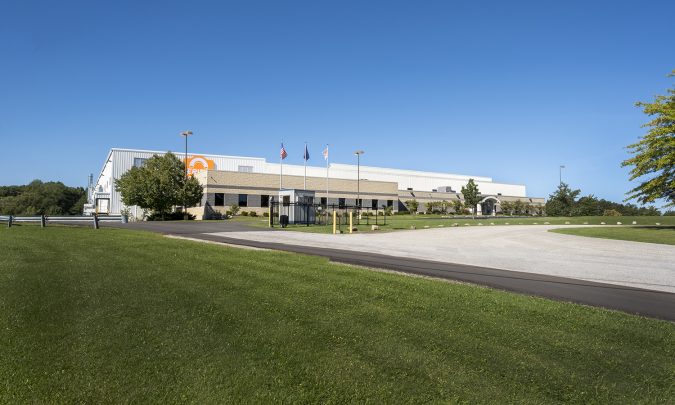 The Eriez® story began in 1942 when founder O.F. Merwin installed a permanent magnet in a grain mill. The company today, built of a workforce of more than 900 individuals located throughout 12 wholly owned international subsidiaries on six continents, is a world leader in magnetic separation, flotation, metal detection and material handling equipment technology.

Eriez is proud to be a family-run company. O.F. Merwin’s grandson Richard Merwin currently serves as Chairman. Richard’s late father, Bob Merwin, had a global vision for Eriez and took the company into international markets in the 1950s.

Richard Merwin says, “Our Board of Directors, past and present, has embraced and supported deliberate and bold ongoing initiatives for global strategic growth. Their consistent, sound and ethical guidance is a major factor in Eriez’ continuing success.”

Eriez President and CEO Lukas Guenthardt notes, “We are lucky to have ownership and a Board of Directors who value long-term investments and profitable growth over short-term profits. We have worked hard at building and maintaining loyal customers that value the quality and trust the reliability of our products and services.” He adds, “With a focus on continuous product advancement and market expansion, both domestically and overseas, Eriez is poised to thrive for years to come.”

While product innovation has been paramount to achieving and growing Eriez’ position as a global leader, management asserts that it is the team of people who really make the difference. “The integrity, commitment, responsiveness and unmatched customer service provided by our outstanding staff is what truly keeps us on the leading-edge,” says Guenthardt.

Eriez employees give generously of their financial resources, time and talents to philanthropic causes. “As a corporation and as individuals, we are dedicated to making a lasting, positive impact on the well-being of the communities where we live and work. We believe this approach produces an atmosphere where businesses and communities can collaborate and prosper,” says Guenthardt.

The Eriez team is made up of more than just its direct employees. The company’s network of longtime sales representatives has played a significant role in the company’s history and success, according to Eriez leadership.

Blicha says the company has some special events planned throughout the course of 2022 to commemorate this milestone anniversary and recognize customers and employees for their loyalty and partnership.