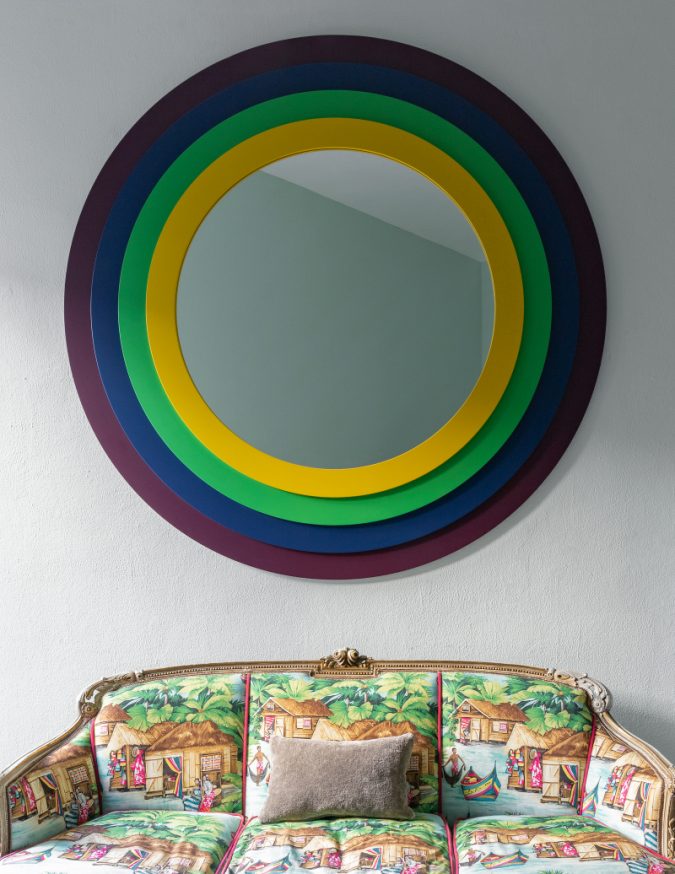 From June 6th to 12th, during the next edition of Milano Design Week, Luca Preti Design Storico Gallery, at 24 Via San Marco in Milan, will present a reissue in limited edition, curated by architect Marco Parmeggiani, of an ample circular wall mirror designed by Ico Parisi in 1972.

The mirror was designed during a period of great cultural and intellectual ferment for the Sicilian architect (Palermo 1916 – Como 1996), who undertook a new path of investigation, involving transverse personalities in his works: art critics, poets, directors, musicologists who worked together on choral projects. 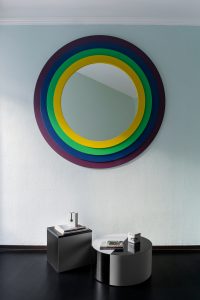 The most evident characteristics of the mirror are its large size and circular shape defined by an overlapping banded frame in intense and vivid tones of yellow, green, blue and violet. Thanks to its shape, the object surpasses its main function and becomes a work of art, making itself the protagonist of the space and main interlocutor between the other furnishing elements.

The reflective surface, surrounded by the bright colors of the frame, contributes to a hypnotic perception of the environment that is amplified through the reflection of the images and, at the same time, constantly focuses on the furnishings, as if it were a new architectural element which reveals the entire aesthetic vision of Ico Parisi.

The edition produced by Luca Preti includes just 19 examples, of which fifteen in Arabic numbers and four in Roman numerals, each hot stamped and certified by Roberta Lietti, manager of the Ico Parisi Design Archive.