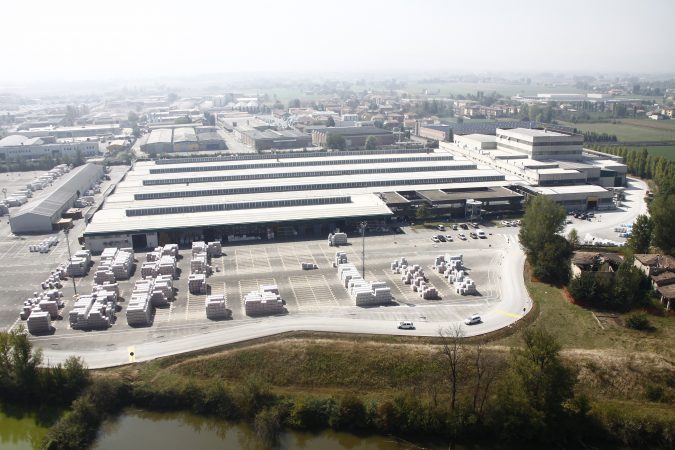 Gruppo Romani invests approximately 8 million euros to address an unstable international scenario which requires the speeding up of production plants’ energy efficiency, and shows once again its commitment to put into practice the environmental sensitivity expressed by its respect for the territory in which it works.
«The company’s commitment to produce increasingly green ceramics was made a long time ago – the brothers Giorgio and Paolo Romani, Gruppo Romani’s President and CEO, explain – and we are pursuing it. The International scenario prompts us to match the original objective with energy self-sufficiency. Nowadays, sustainability means both respecting the environment and managing to work at full capacity, limiting consumption by adopting all the strategies that technological innovation can offer».

The purpose of the latest investments is the reduction of the Rubiera, Roteglia and Casalgrande plants’ energy requirements.

Specifically, in Rubiera, a new cogeneration system, the result of a collaboration between Gruppo Romani, Cefla and Sacmi, has been installed. It is a gas turbine with nominal electric power generation equal to 6 MW which will enable to produce 35,000,000 kWh/year of electricity, recovering exhaust gases, as heat energy, inside two existing atomisers.

Moreover, the purchase of another self-generating electrical system, made up of photovoltaic panels placed on the roof of production and logistic buildings within the business unit, with a total installed capacity of 1,700 kWp and self-generation of electricity equal to 2,000,000 kWh/year, has been planned. The new photovoltaic system will be operational within September.

As a result of these investments, the Rubiera plant will reach full electric self-sufficiency and will be able to stop purchasing from the national grid.

During the summer, in June and July, other new photovoltaic systems, also resulting from the strong partnership between Gruppo Romani and Proteo Engineering, will be operational, specifically at the Roteglia production site and Casalgrande’s logistics, administration and commercial units. 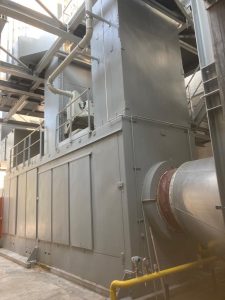 As regards the Roteglia plant, photovoltaic panels with a total installed capacity of 700 kWp and a self-generation of electricity equal to 800,000 kWh/year, will be placed on approximately 10,000 sq.m of the production building’s roof, thereby reducing the site’s overall electricity consumption by 15%.

In Casalgrande, photovoltaic panels with a total capacity of 400 kWp and a self-generation of electricity equal to 500,000 kWh/year will be installed; the supplied power will enable to reduce current electricity consumption by 60%.

«The energy crisis of these last months has not stopped us – Giorgio Romani also comments – and we continue our activities running our plants at full capacity. We have closed the year 2021 with a consolidated turnover of more than 130 million euros, while in the first quarter of 2022 both the turnover and order book have grown in excess of 25%.»