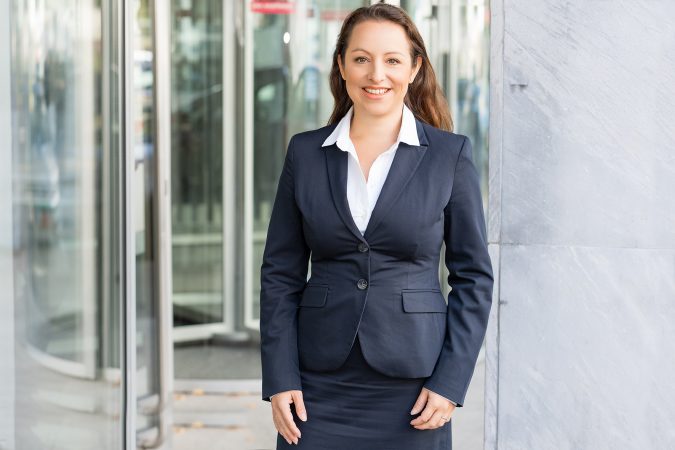 In January 2023, Nicol Tomaschewski (pictured) will take on the management of the «Asia» region at Possehl Erzkontor, the Lübeck-based end-to-end service provider for raw materials. This is a central position, given the important role of Asia in raw materials trading and the history of Possehl Erzkontor. Furthermore, she will be responsible for the development of global key account management and complete the management team. Nicol Tomaschewski will work in the Düsseldorf office of Erzkontor.

«Asia, and especially China, is an important strategic partner in the mining and export of raw materials. Our company was one of the first raw materials traders to establish trading relations with the People’s Republic of China in the 1960s,» says Nils Fleig, Managing Director and Human Resources Executive at Possehl Erzkontor. «With Nicol, we have found a competent, experienced leader who knows China, understands the culture and speaks the language. This will help us to push our business and strategic goals in this part of the world.»

Nicol studied in Frankfurt, Beijing, and Shanghai in the mid-2000s, speaks six languages and holds a master’s degree in sinology and romance languages. After graduating, she worked for the German Society for International Cooperation (GIZ) in Beijing, then in sales and marketing for a medium-sized German engineering company in Shanghai and in various sales positions. For the last four years she was Sales Manager Europe for sales of magnesia at Haicheng Haiming Mining Co. Ltd, a joint venture of Chenming Group, as well as at Chenming GmbH as Inside Sales Manager. Nicol is married and the mother of two children.

«The dynamics in Asia are fascinating, and China holds tremendous potential for developing new trade relationships and markets. In the nearly 20 years I’ve been studying China, I’ve never seen a country that has undergone a comparable transformation,» she says. «Managing the Asia region at Possehl Erzkontor allows me to combine my passion for China with my job, as well as to find new ways of doing business in an ever-changing environment.»

Founded in 1915, Possehl Erzkontor Group has been part of Peter Cremer Holding since 2012. Trading and processing of minerals and chemicals, with sales focus on all European countries, North and South America, Africa, Southeast Asia as well as China, are done by Erzkontor with traditional Hanseatic cosmopolitanism. The company has offices on five continents and coordinates its business from its headquarters in Lübeck.